Ramine's talk reminded me of a favorite wise man's advice: "“Do or do not... there is no try.” (Yoda)

Here's an excerpt from Ramine's blog

I’ve been coaching 10 teams at Summer of Startups for 2 days now. Though it’s been a short period of time, this has plunged me back in the time when I too was starting.

I forgot how much time early startups spend thinking and reading. Many of the teams are spending considerable amount of time gathering knowledge: they’re looking at what other players in their space are doing, they’re reading articles in the big blogs, and advice from role models.
While it is important to gather information about the world around you, make sure you don’t do it for the wrong reasons: learning from other’s mistakes is a great way to save time. But seeking out information shouldn’t  take precedence on executing  and trying things for yourself. This is the best way for you to learn. Nobody ever flew a plane by reading the training manual.
Two excellent resources I recommend reading thoroughly are Founders Space and Venture Hacks

It is very easy to become overwhelmed by the sheer amount of possibilities. There are hundreds of technical routes, potential customers, business models, sales channels etc ahead of you.
Spend time thinking about them. Starting building a plan of simple tasks as early as possible: “make user registration possible” is good, “work on marketing” is not. Don’t be vague, get results quickly.
Make sure you can keep on succeeding quickly, give yourself a way to measure your progress, as well as a clear plan.

Pitching is difficult and scary. It isn’t normal to be in a situation where you have to talk in front of several people while they judge you and you have to sound smart and convincing. Nobody’s used to this.
Don’t panic. Don’t try new stuff during your pitch. Don’t try to make up answers. Don’t downplay competitors. No one will take you seriously if you start making fun of Apple or 37 Signals and you don’t have something revolutionary.
Be honest. Be passionate. Be inspiring. Everybody knows you’re early. It’s ok that your tech isn’t there yet. It’s ok you don’t know how you’ll make money yet. Explain that you’re working on it. Say that you need team members. Say you realize where you don’t have the needed skills.
Practice pitching at every single opportunity. To your family, to your friends, to someone you’ve just met who asked you what you do, with your school teachers, people who have sales experience. In every situation, it will not be as brutal as when something is really at stake.
I used to do very shy and plain presentations. I took the basic Guy Kawasaki slide deck, recited it with excitement for my vision. Fuck that. You’re a rock star. Wow people. Impress them, be memorable.
If you can’t sell your idea, nobody else can.
Posted by Taina Rajanti at 23:41 No comments:

For the session we had four articles people could read before the session:

David Harvey: The Right to the City
Gert-Jan Hospers and Roy van Dalm: How to create a creative city? The viewpoints of Richard Florida and Jane Jacobs
Saskia Sassen: Place and Production in the Global Economy (in: Cities in a World Economy)
Saskia Sassen: Women in the Global City: Exploitation and Empowerment

And then we screened Shunji Iwai's film Swallowtail Butterfly 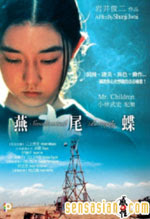 Posted by Taina Rajanti at 02:39 No comments:

Tere talked about P2P production, new and old economy and networks. His prezi presentation can be viewed here.

Tere also recommends a prezi presentation on New Economy
Posted by Taina Rajanti at 02:19 No comments: